The WTF: The Week This Friday Vol. 18

This is the Week This Friday! 6 quick-and-smart briefs about happenings in the environmental space! 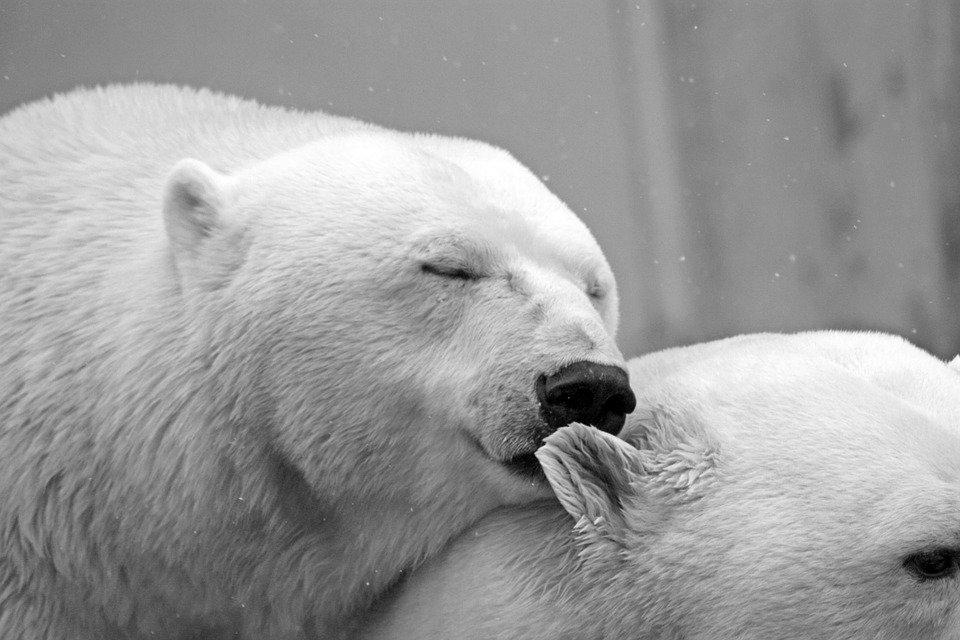 When we think of the species that will be most affected by climate change, our mind often goes to the polar bear. Through aggressive marketing tactics by companies attempting to pose as “do-gooders”, the polar bear has been painted as the poster child of climate change.

Well apparently, not all polar bears are feeling the heat. This week, a new study from the University of Washington showed that a small population of polar bears, called Kane Basin bears, are actually doing better with thinner sea ice. According to Science Daily, the thinning sea ice between Canada’s Ellesmere Island and Greenland allows for more sunlight to reach the ocean surface, making the system below much more productive. More sunlight means more algae, which means more fish and seals for the bears to hunt.

Because of their unique geographical location, “they’ll be one of the last subpopulations that will be negatively affected by climate change,” said Kristin Laidre, a lead scientist in the study.

Unfortunately, this benefit will be only temporary. With climate change not expecting to slow down anytime soon, these bears will eventually meet the same fate as other polar bears across the world.

“We are talking about temporary benefits in a limited area and to a very small number of bears,” Laidre said.

Tik Tok On the Clock

At the time of writing this, we have seven years, 98 days, 20 hours, 58 minutes and 48 seconds before we have reached an irreversible climate change tipping point. At least, that’s what the metronome clock says.

The metronome clock, located in Union Square in Manhattan, has been an art project of sorts in the city for two decades.  This week, the clock took on a new mission and now displays how much time we have, down to the second, before we have depleted the earth’s carbon budget and surpassed the 1.5 to 2°C threshold outlined in the Paris Climate Agreement. That is, should we continue our current path.

The clock, which will be on display until September 27, is not the first climate countdown of its kind. In 2019, Humane Impact Lab created The Climate Clock. Based on our current emissions, the Climate Clock predicts we have 12 years, 2 months, 18 hours, 51 minutes, and 32 seconds left before we reach the irreversible threshold.

However, these time frames are not absolute. Humans have the ability to add more time to the clock, which would require making more of an effort to collectively meet the climate targets we set for ourselves. And whether it is seven years away or 12, time is running out. 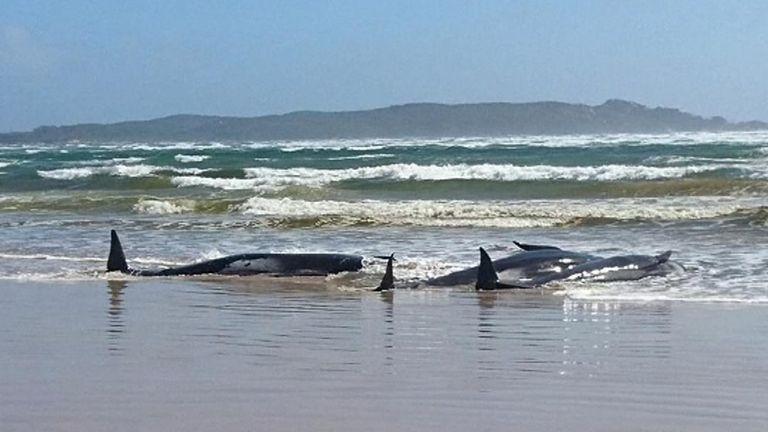 Australia is currently experiencing what officials claim to be the largest whale stranding event on record. Since Monday, hundreds of long-finned pilot whales have been found beached on the west coast of Tasmania, about 380 have since then died. Rescuers managed to save around 90 (at the time of this article) of about 430 beached whales. Tasmanian government officials say that the rescue effort will continue as long as the whales remain alive. It is not completely understood why the whales became stranded and many are asking how such a tragedy could unfold.

This stranding, one of the largest recorded globally, eclipses a previous national record of 320 whales of the same species set in Western Australia in 1996. Long-finned pilot whales are known for stranding in mass groups. However, these so-called ‘whales’ are actually misnamed. According to Dr. Emma Betty, of the Cetacean Ecology Research Group at Massey University in New Zealand, their life history and evolution makes them more connected to a bottlenose dolphin than a humpback whale. Dr. Betty explains that these whales spend much of their time in the deep ocean. She goes on to say that they travel in pods, form close bonds, and communicate via echolocation, much like a dolphin. It is these traits that can be their doom if they find themselves to close to shore.

But why would so many get stuck in that one spot? This area of Tasmania is known to be a hot-spot for pilot whale standings.  A main factor is the typography of the area with shallow water and sloping sand banks which creates a natural whale trap. Dr. Betty states that, “They have trouble with the echolocation. Because of the shallow slope they don’t get a clear picture. They’re failing to detect the proximity of the shore until it’s too late, whereas coastal species don’t have that problem.” She suggests that there is likely to be no human cause and it is likely that this was just a natural tragedy. Continued studying on these mammals will allow scientists to better understand them and their migration patterns. Read more about the rescue efforts here. 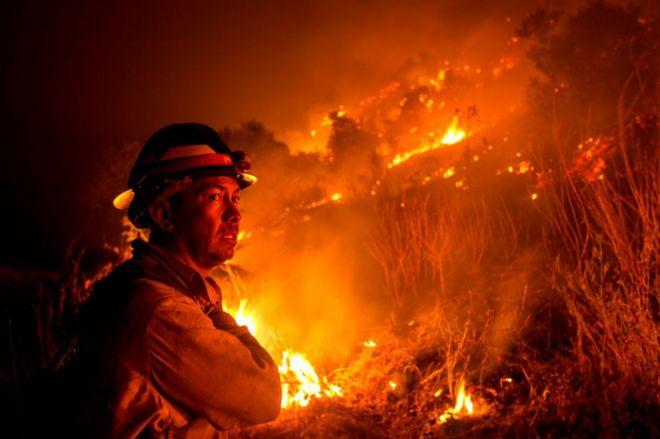 According to scientists, climate change is driving the scale and impact of the fires that have raged across California since August. Their analysis found a pervasive role for global heating in boosting the conditions for fire. The authors of the study explain that California has greater exposure to fire risks than before humans started altering the climate. The worst wildfires in 18 years – there has to be an explanation. The cause of the fires has become political ping-pong with President Trump dismissing the issue as a land management problem, while California governor Gavin Newsom blames climate change. Recently, a review of scientific research into the reasons for these fires suggests rising temperatures are playing a key role. Looks like Governor Newsom was right. The new review covers more than 100 studies published since 2013 and shows that extreme fires occur when “natural variability in the climate is superimposed on increasingly warm and dry background conditions resulting from global warming”. Basically, this means that increasingly warm weather creates dry conditions that fires thrive on. Dr Matthew Jones from the University of East Anglia in Norwich, UK, boldly states that the extent of the wildfires coupled with the increase in frequency and severity is driven by climate change. Read more about their findings here. Full details of the study can be found here.

Cyanobacteria took out over 300 elephants. 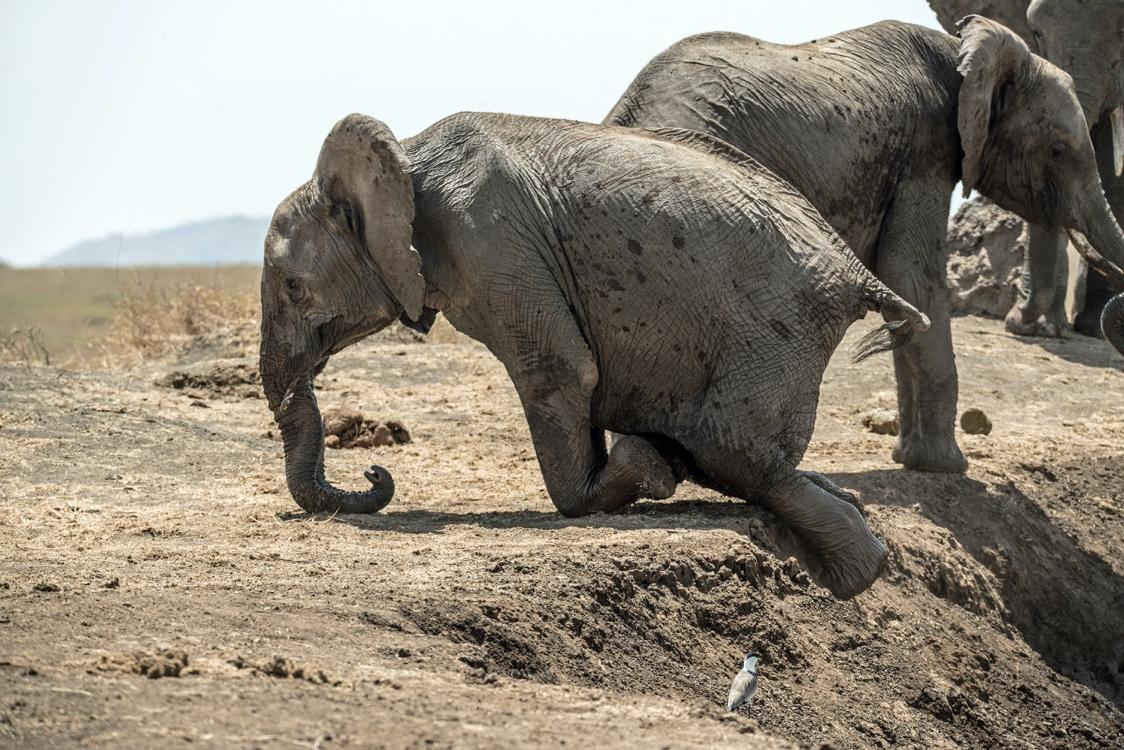 Earlier this year, 330 elephants have been mysteriously showing up dead in Botswana with no known cause of death. The culprit has been determined for the mystery elephant deaths is suspected as toxic cyanobacteria found in watering holes but still many questions remain as many wildlife authorities state that the cyanobacteria blooms occur at the edge of the water but the elephants most often drink from the middle. As tusks had not been removed from the carcasses it indicated that poaching was not a likely cause of death for the elephants. The mysterious deaths stopped as the water holes dried towards the end of June. Aerial surveys were conducted to spot the location and may were found near the water holes. Cyanobacteria is a blue-green algae that often appears in still, nutrient rich waters. Poisoning affects both people and animals through ingesting and bathing in the contaminated waters and can often be lethal in high doses. There are still many questions and hypothesis being explored to why it only impacted elephants and why in the specific area. 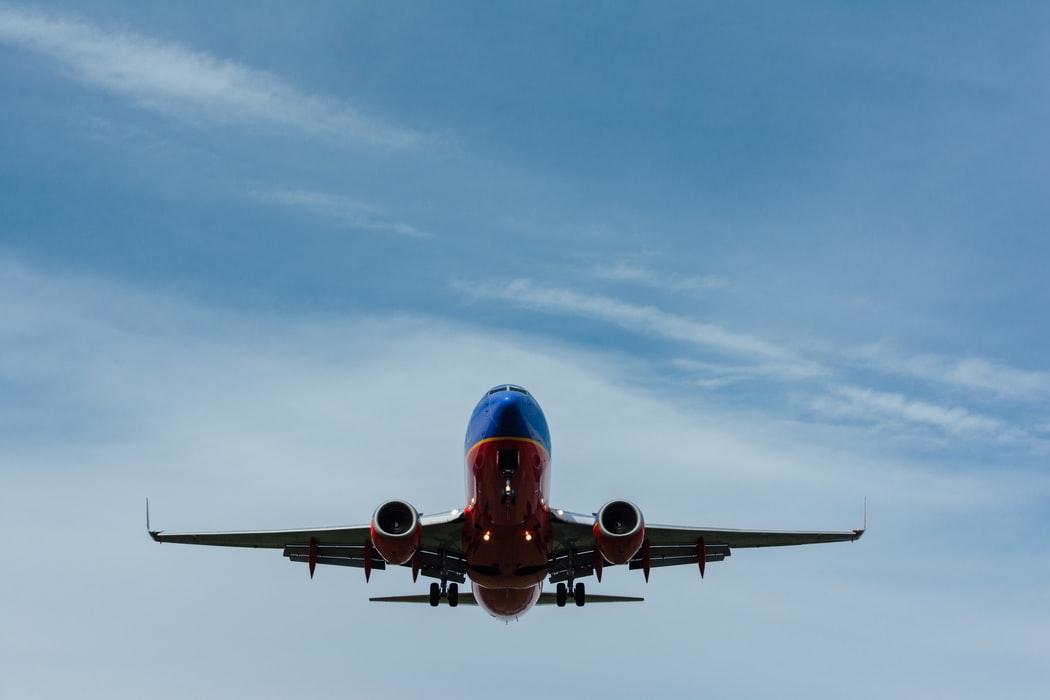 By 2020, we may have already expected flying cars – while our expectations may have be sold short, we do have something as exciting in the talks. Airbus has revealed their plans for the first commercial emission-free flight by 2035. Airbus chief executive Guiliaume Faury announced the three ZEROe concepts to are to use hydrogen in order to reduce the large impact of emissions the aviation industry produces. The concepts rely on finding ways to produce a large enough quantities of hydrogens from renewable or low-carbon sources. Currently mass production relies mostly on methane and fossil fuels – which is not considered a low-carbon option. Airbus stated that one of the designs could carry up to 200 passengers for more than 2,000 miles. This would be a remarkable moment in history for the innovation of air travel, but whether this would be a feasible option for airline corporations to move towards in the future is still up in the air. Airbus stated that airports would need to invest a large sum to change infrastructure accordingly. The challenge of sustainable aviation transportation is not just for the aircraft manufacturers, it also stems down the line to airports, governments, and industrial partners.